A flight to Paro is one of the most spectacular of all mountain flights. One can see Everest, Kanchenjunga, Makalu and other peaks in Bhutan such as the Chomolhari, Jichu Drake and Tsrim Gang. The first glance you will see of Bhutan is the Paro valley and small Airport. Our guide will meet you there and escort you to the hotel for check – in & Lunch. Visit National Museum of Bhutan and Paro Dzong the head quarters of Paro District.
Place: Paro

Hike or take a horse ride to the Taktsang Monastery viewpoint. Taktsang meaning “Tiger’s Nest” is built around a cave in which Guru Rimpoche (Padmasambhava) meditated; it clings seemingly impossible to a cliff at 3000 feet above the valley floor. For the local people it is a place of pilgrimage, but for a tourist, a hike up to the viewpoint opposite the monastery can be exhausting, thrilling and mystical. The legend has it that Guru Rimpoche is said to have flown to the site of monastery on the back of tigress from Tibet and meditated in the cave there for three months.

Although the main building of the temple was destroyed by fire on 19 April 1998, the hike up to the viewpoint is still worth visit once in a lifetime. The restoration work has been completed and has been restored in its former glory. When we are coming back from Taktsang and reach to main road we turn to the right and dive further to DrukgyelDzong. Which ShabdrungNgawangNamgyel built in 1649. It caught fire in 1951. Only the shingle roof was restored in1981 and now it is preserved as a historical site. On the way back we will visit one of the oldest monasteries in Bhutan. The first King of Tibet SongtsenGampo built this Kichu Lhakhang in the 7th century to introduce Buddhism into our country.
Place: Paro

Drive to Thimphu the modern capital of Bhutan. The drive will take around 2 hours. Check in the hotel. After lunch, visit the Memorial stupa of the Late King, built in 1974, the Indigenous Hospital, where traditional medicine is still practiced, and the Painting School, where children still learn the ancient art of painting.
Place: Thimpu

After an early breakfast we will drive to Punakha District. It is 77 Kilometers. The drive will take 3 hours from the capital Thimphu and Punakha lies at the altitude of 1350 m above sea level. It is a sub- Tropical area. On the way we will cross the Dochula pass 3150 m, on a clear day we will see the whole range of the eastern Himalayas from here. We drive downhill until we reach Punakha. The here. We drive downhill until we reach Punakha. The temporal ruler of Bhutan Shabdrung Ngawang Namgyel built Punakha Dzong in 1637 at the confluence of two rivers called the PO-Chu and MO-Chu. (Male & Female).

After lunch, we drive to Trongsa. It is 128 kilometers and 5 hours drive from Punakha. Wangdue is another District and is only a half hours drive from Punakha. Wandgdue Dzong was Also built by Shabdrung Ngawang Namgyel but one year later than Punakha in1638. The road will climb all the way to Pele- la pass 3300m. It is a landmark between East & west and from here we will drive all the way down to Trongsa. Other way we will come across Yak herder’s camps and encounter Yaks especially during winter. We will also see the high Himalayan villages like Rukubji and Chendebji.
Place: Trongsa

In the morning after breakfast we will take an excursion to Kuenga Rabten. It was the winter Palace for our beloved 2nd King Jigme Wangchuk. It is 23 kilometers from Trongsa and it takes about 2 hours by car. Although most is empty and only one room is occupied for the library the palace is under Special Commission of cultural affairs. We do not need any permit to get inside.
This trip from Trongsa to Kuenga Rabten will give you an intimate insight into the early days of Bhutan’s Monarchy. Besides the palace you will also see the beautiful expanse of rice terraces in the lower Mangdu-Chu valley and large waterfall. Drive back to Trongsa for lunch.

Visit Trongsa Dzong. It was built at different periods on a spur over looking the Mangdu-Chu River and it is one of the longest & most impressive Dzongs in Bhutan. How did Trongsa get its name? Well many centuries ago the horse of Palden Lhamo (Bhutan’s guardian deity) appeared before Lam Naggi Wangchuk who has settled in this village of yueli, a few kilometers above today’s fortress of Trongsa. For Naggi Wangchuk, the presence of Lhamo-Pal den’s horse was an auspicious event. In order to immortalize the miraculous event, he built a small meditation hut Tshamkhang and started to meditation there, gradually more and more meditating huts arose near by & the place looked more like a village. People of yueli called it Dzongsar (New Village) and because they pronounced it as Trong–Sar the name stuck.

In evening drive Bumthang. We climb all the way to Yotong la pass 3400m.It will be the highest pass on your trip to Bhutan. After the pass we drive down to the Chhumey valley before we reach Jakar. This valley is famous for yathra weaving in central Bhutan.
Place: Bumthang

Bumthang is different from all the other valleys in Bhutan. It is very spacious and open ranging in altitude from 2600m to 4000m. Bumthang is a heaven for hikers and Trekkers, not to mention the numerous beautiful and important Buddhist monasteries and pilgrimage sin different locations.

Take a walk up to Tamshing monastery, founded by the Terton Pema Lingpa, where about 200 monks reside. Visits to Wangdi Chholing Palace, Jambay Lhakhang and Kurjey Lhakhang one of the oldest monastery in the Kingdom. All the Kings of Bhutan are taken for their cremation rites to Kurjee Monastery. Visit some more temples. its, making it the Cultural and Historic heartland of Bhutan.

One could spend months exploring this fascinating valley. Almost every little valley or hill has a background of interesting myths and legends about Kings, Buddhist masters and Serpents. Bumthang is especially dominated by the religious influence of Guru Rinpoche (Padmasambhava) who is believed to be the second Buddha 7th–8th A.D. His reincarnation the Treasure revealer or Terton Pema Lingpa (1450-1521) who is known to have discovered many sacred Buddhist texts & treasures hidden by Padmasambhava (Guru Rimpoche).
Place: Bumthang

The trek starts from Manchu gang and reach Dhur village at an elevation of 2900 meters. The inhabitants of the village are the Kheps and Brokpas (nomads). This village has two different dialects, the usual Bumthang Kha and the Brokke (nomadic dialects). Near the river is a traditional water-driven flour mill which used to be a source of livelihood for the people of Dhur village. Resuming the trek is the uphill climb through the blue pine forest towards the campsite at Schonath (3450m) in hemlock and juniper forest. The hauling of owls through the night is quite common, hence the name The Owl Trek.
Hotel: Camping

Through fresh forest of hemlock, fir, spruce and many species of rhododendron which are in full bloom during the months of April and May. The trekking also takes you through the forest of bamboo which is the main undergrowth in this forest. After few hours of walking you will arrive at the Drangela Pass (3600m). Climbing up the Kitiphu ridge brings you to an altitude of about 3870m which is the night campsite. From this point you can have a fresh view of snow capped mountains and valleys underneath. This is also when you can view the mount Gangkarpunsum (7541m), the highest unclimbed peak in the world.
Hotel: Camping

On day three you descend towards the monasteries of Zambhalha, Chuedak and Tharpaling. Chuedak monastery has 100 Avoloketeshvaras in the form of Chukchizhey (eleven heads) where you may pray for yourself and all living beings. You might even stop for many holy water around this place to quench your thirst, wash your sins and purify your body and soul. Towards the afternoon the trek will take you along the ridge of Kikila and following the traditional trek route between Trongsa and Bumthang (the Royal Heritage Trail) through scenic hills and forests. Finally you will have the best view of Jakar Dzong and come to end of the trek at Bumthang.

Gangtey Goemba was built in small hillock surrounded by blue pine trees and was founded by the descendant of Pema Lingpa. The great Bhutanese saint from Bumthang in 16th century.

At the end of 17th century it was enlarged and at present it is headed by the 9th reincarnation called Gantey Trulku. At present it is under renovation and it is ringed with the family homes of Gomchens (Laymen) who work and worship at monastery.
Further on you will reach to Phobjikha valley. This place is reserved for the migration of the Black Necked Crane. The people out here have become friendly with the endangered species and every consecutive year starting from 2nd week of November to 1st week of April, the fields and marshes of this undisturbed valley occupied with these wonderful birds. After having a picnic lunch here and then drive to Wangdue.
Place: Wangdue

After breakfast, visit Wangdue Dzong. It was built 1638. It is believed to be built on the back of the giant Elephants back and is considered one of the most important Dzongs of the 17th century as it controlled West - East and to the South.

Make a hike to the Divine Mad Man Monastery. The Buddhist community considers it the land of fertility. If a couple is trying for a baby they have to come here to pray for it to be possible. A lot people come here to get the name for their child, as it is believed to bless.
Place: Paro

Early morning drive to Paro Airport. Where our guide will bid you a farewell. 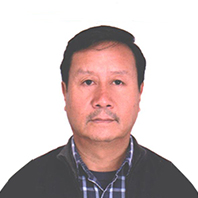 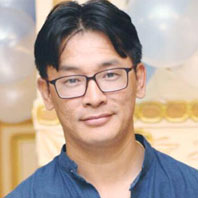 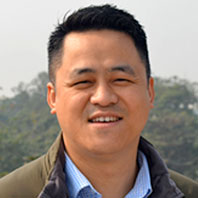