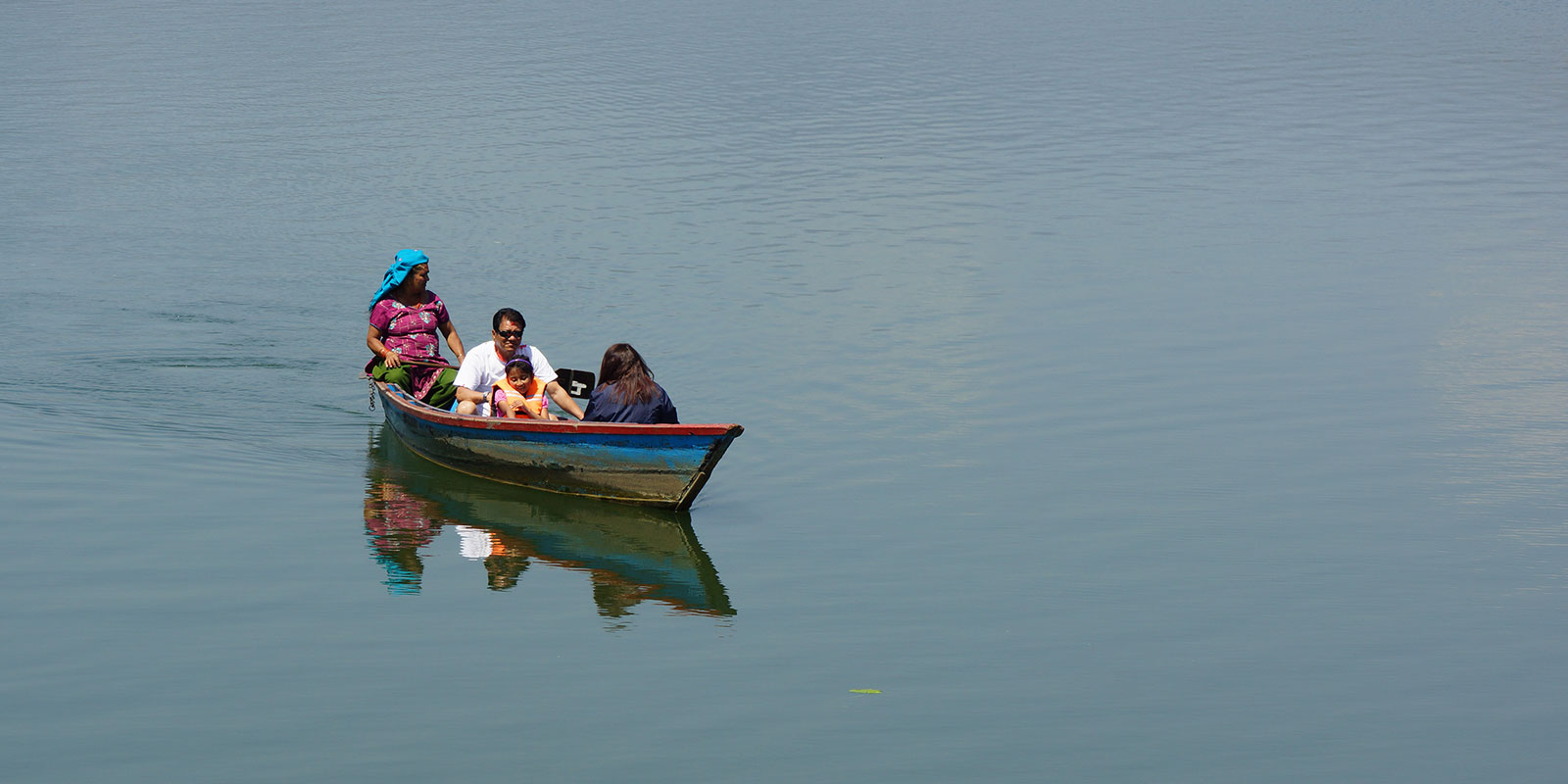 The head quarter of Gandaki zone and Kaski district is located 200km west from the capital, Kathmandu. Pokhara is an astonishing place of Natural beauty situated at an altitude of 827m from the sea level. City is very alive with its natural beauties. Pokhara is considered as a tourism capital of nepal. The pureness of lakes and regal of Himalaya rising behind them create an ambience of peace and magic. Currently, city has not only become the starting place for trekking destinations but also a place to relax and enjoy the natural beauty.

Pokhara is very adventurous and Leisure City, a trekking gateway to the Annapurna with plenty of entertainment for individual traveller as well as families and friends. Not only the Natural beauty, but being the home land of a Gorkha soldiers, we can find a museum which shows us a history of army culture as well as the history of mountaineering at international mountain museum.

Various rivers and lakes can be found around the pokhara valley. Phewa Lake, Begnas Lake, Rupa Lake are the major tourist destination. Seti River is also one the deepest river located at pokhara.

Numerous Temples and monasteries from medieval era are also major combined places to worship for Hindus and Buddhists. Among those, Tal barahi temple is located on the island in the middle of Phewa Lake. The modern commercial city centres are at Newroad, Pritvi chowk and Mahendrapul.

Pokhara encourage two hilltops as viewpoints to see the city panorama view, World Peace pagoda across the southern shore of Phewa lake and Sarangkot which is northwest of the city. On the way to Syangja, there is also another view point which is very mesmerizing. Recently city has been embellished with the water touch bungee jumping site. The activities of foreign visitors to Pokhara are focus around Lakeside. There are more than 250 tourist category hotels and lodges, in which two (The Fulbari Resort and Pokhara Grande) are ranked 5 star. Tourism plays a vital role in Pokhara since thousands of tourists visit Pokhara every year.